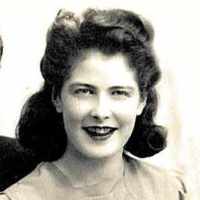 The Life of Marion Margaret Henderson

When Marion Margaret Henderson Sinclair was born on 23 June 1925, in Saint Catharines, Grantham, Lincoln, Ontario, Canada, her father, John Henderson Sinclair, was 23 and her mother, Catherine Mary Fletcher, was 23. She married David Christopher Boyd on 28 July 1943, in Balloch, Dunbartonshire, Scotland, United Kingdom. They were the parents of at least 1 son. She died on 16 April 1970, at the age of 44, and was buried in Penticton, British Columbia, Canada.

Put your face in a costume from Marion Margaret Henderson's homelands.