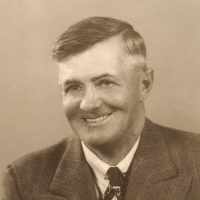 The Life of Jesse Thompson

Put your face in a costume from Jesse Thompson's homelands.

This Act tried to prevent the raising of prices by restricting trade. The purpose of the Act was to preserve a competitive marketplace to protect consumers from abuse.
1909

Stories about Marie and Esther McGonagle

In 1930 Mom (Marie) went with her parents and little sister, Esther to Ohio to see her Grandma and Grandpa McGonagle, and Uncle Harry & Aunt Gladys, Ralph (Aunt Gladys's nephew/foster son who the …