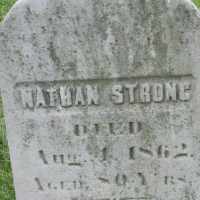 Put your face in a costume from Nathan H.'s homelands.

Ceresco, of the Wisconsin Phalanx,was a commune founded in Fond du Lac County, Wisconsin in 1844. About 180 people lived in the Association at its peak, farming nearly 2,000 acres. Nathan H. Strong l …