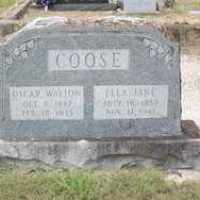 The Life of Oscar Walton

Put your face in a costume from Oscar Walton's homelands.

Dutch: of uncertain origin. Debrabandere proposes D’Hoossche as a source; possibly a reflex of de Hoofsche, a nickname for someone with courtly manners.