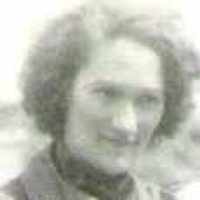 Put your face in a costume from Lamoyne Louise's homelands.

Starting with the sinking of the RMS Lusitania, which killed 128 American citizens, and many other conflicts with trade from Germany. Congress held a special meeting that resulted in The United States declaring war on Germany. Formally entering the First World War.

Power was supplied to rural Kansas, which had been hit hard by the depression, in March 1938. Many farmers could not afford the $5 hookups for electricity. As a result, Franklin D. Roosevelt signed the Rural Electrification Act which provided loans to farmers who wanted electricity. Brown County became the first to receive service.
(1997: 2144;2007: 5279; 2010: 6807)Scottish: variant of Aird .