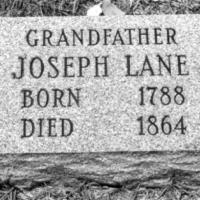 The First Presidential election was held in the newly created United States of America. Under the Articles of Confederation, the executive branch of the country was not set up for an individual to help lead the nation. So, under the United States Constitution they position was put in. Because of his prominent roles during the Revolutionary War, George Washington was voted in unanimously as the First President of the United States.
1788 · Becomes the 10th state

1 English: topographic name for someone who lived in a lane, Middle English, Old English lane, originally a narrow way between fences or hedges, later used to denote any narrow pathway, including one between houses in a town.2 Irish: reduced Anglicized form of Gaelic Ó Laighin ‘descendant of Laighean’, a byname meaning ‘spear’, or ‘javelin’.3 Irish: reduced Anglicized form of Gaelic Ó Luain ‘descendant of Luan’, a byname meaning ‘warrior’.