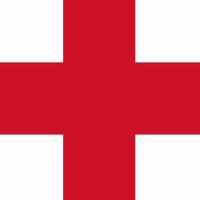 When Andrew Nicholas was born in 1612, in Swaffham Bulbeck, Cambridgeshire, England, United Kingdom, his father, William Nicholas, was 42 and his mother, Catherine Perry, was 9. He married Elizabeth Clements on 29 April 1636, in Saint Dunstan and All Saints Church, Stepney, London, England, United Kingdom. They were the parents of at least 2 sons and 6 daughters. He died on 1 May 1655, in Norfolk, Norfolk, Virginia, United States, at the age of 43.

English and Dutch: from the personal name (Greek Nikolaos, from nikān ‘to conquer’ + laos ‘people’). Forms with -ch- are due to hypercorrection ( compare Anthony ). The name in various vernacular forms was popular among Christians throughout Europe in the Middle Ages, largely as a result of the fame of a 4th-century Lycian bishop, about whom a large number of legends grew up, and who was venerated in the Orthodox Church as well as the Catholic. In English-speaking countries, this surname is also found as an Americanized form of various Greek surnames such as Papanikolaou ‘(son of) Nicholas the priest’ and patronymics such as Nikolopoulos.