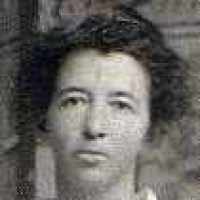 The Life of Jo Wheeler

Put your face in a costume from Jo Wheeler's homelands.

On November 11, 1889, Washington Territory became Washington State the 42nd state to enter the Union. The state was named in honor of George Washington.
1909 · The NAACP is formed

From the memories and records of Patsy Jo Patterson Bradshaw, her only granddaughter. My grandmother was named Jo Wheeler Corn Webb. She was named after her father’s general in the Civil War. She w …