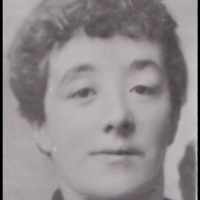 The Life of Caroline Abbey

Put your face in a costume from Caroline Abbey's homelands.

The Representation of the People (Scotland) Act 1868 was passed by Parliament and allowed for the creation of seven additional Scottish seats in the House of Commons. Along with the seats, Two University constituencies were created. These each returned one member to Parliament.
1875 · A Treaty with Hawaii

1 English: nickname for a person of slender build or diminutive stature, from Middle English smal ‘thin’, ‘narrow’.2 Translation of equivalents in other European languages, such as German Klein and Schmal , French Petit .