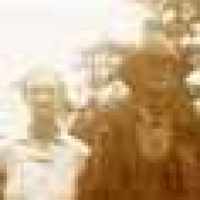 Put your face in a costume from John Bunyon's homelands.

The Second Seminole War, often called the Florida War, was a conflict between Native Americans and the United States. Taking place from 1835 until 1842, it is regarded as the lengthiest, most expensive conflict that the United States had with the Native American people. There were roughly 1,600 US military casualties and over 3,000 deaths among the Seminole people. The war was followed by a brief period of peace, but the government's insistence on removing Native Americans from Florida would eventually result in further conflicts.

Florida is 27th state.
Scottish: habitational name from Tillery in the parish of Orwell, Kinross-shire.

After the civil war, John and Mary Jane Marshall Tillery moved from Gordon County Georgia to a farm in Benton Arkansas across form the old Duckworth School. They probably traveled by wagon with an oxe …