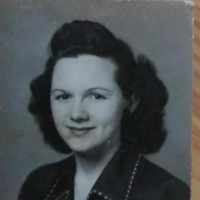 The Life Summary of Reva Corine

Put your face in a costume from Reva Corine's homelands.

(1997: 447208;2007: 1000583; 2010: 1437026)English, Scottish, and Irish: generally a nickname referring to the color of the hair or complexion, Middle English br(o)un, from Old English brūn or Old French brun. This word is occasionally found in Old French, Middle English and Old Norse as a personal name or byname (Middle English personal name Brun, Broun, ancient Germanic Bruno, Old English Brūn, or possibly Old Norse Brúnn or Brúni). Brun- was also an ancient Germanic name-forming element. Some instances of Old English Brūn as a personal name may therefore be short forms of compound names such as Brūngar, Brūnwine, etc. As a Scottish and Irish name, it sometimes represents a translation of Gaelic Donn (see below). Brown (including in the senses below) is the fourth most frequent surname in the US. It is also very common among African Americans and Native Americans (see also 5 below).Irish and Scottish: adopted for Ó Duinn (see Dunn ) or for any of the many Irish and Scottish Gaelic names containing the element donn ‘brown-haired’ (also meaning ‘chieftain’), for example Donahue .