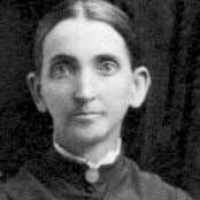 Abraham Lincoln's goal was to be different than the previous Senators of Illinois and voice his opinion in how he saw the State and the United States start to drift apart in the different ideology on what was right and what was wrong. Even though it would become an unsuccessful campaign strategy to win the senate seat, to this day it is one of the most famous speeches of US politics.
(1997: 163390;2007: 369840; 2010: 523129)English (mainly North and Midlands) and Scottish: occupational name for a fuller, from Middle English walker, Old English wealcere (an agent derivative of wealcan ‘to walk, tread’), ‘one who trampled cloth in a bath of lye or kneaded it, in order to strengthen it’. This was the regular term for the occupation during the Middle Ages in western and northern England. Compare Fuller and Tucker . As a Scottish surname it has also been used as a translation of Gaelic Mac an Fhucadair ‘son of the fuller’. This surname is also very common among African Americans.History: The name was brought to North America from northern England and Scotland independently by many different bearers in the 17th and 18th centuries. Samuel Walker came to Lynn, MA, c. 1630; Philip Walker was in Rehoboth, MA, in or before 1643. The surname was also established in VA before 1650; a Thomas Walker, born in 1715 in King and Queen County, VA, was a physician, soldier, and explorer.