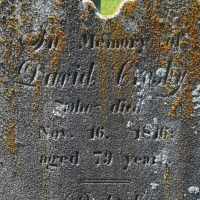 Serving the newly created United States of America as the first constitution, the Articles of Confederation were an agreement among the 13 original states preserving the independence and sovereignty of the states. But with a limited central government, the Constitutional Convention came together to replace the Articles of Confederation with a more established Constitution and central government on where the states can be represented and voice their concerns and comments to build up the nation.
1 Scottish and English: habitational name from any of various places in southwestern Scotland and northern England that are named with Old Norse kross ‘cross’ + býr ‘farm’, ‘settlement’.2 Irish: Scottish and English surname (see 1 above) adopted by bearers of Gaelic Mac an Chrosáin ( see McCrossen ).