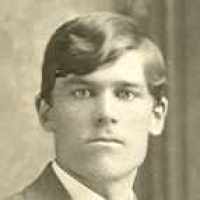 The Life Summary of Leonard

From an Old French personal name of Germanic origin, derived from leon ‘lion’ + hard ‘hardy, brave, strong’. This was the name of a 5th-century Frankish saint, the patron of peasants and horses. Although it was introduced into Britain by the Normans, Leonard was an uncommon name during the Middle Ages. It was revived in some areas towards the end of the 1400s, and in the 19th‐century became very popular. It is now also common as a Jewish name ( compare Leon ).

This is the talk given by Carl Jensen for Tynne Helmi Luoto Gray’s funeral. Carl is the husband to Valerie Gray Jensen, Tynne’s daughter. TYYNE HELMI LUOTO GRAY …