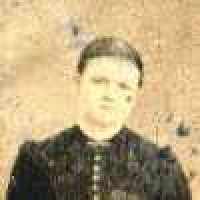 The Life of Harriett Everette

Put your face in a costume from Harriett Everette's homelands.

Northern English and Scottish: habitational name from a place called Copeland, of which there is an example in Cumbria, or from Coupland in Northumberland, both named with Old Norse kaupa-land ‘bought land’, a feature worthy of note during the early Middle Ages, when land was rarely sold, but rather held by feudal tenure and handed down from one generation to the next.