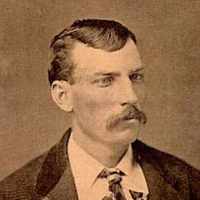 The Life of William Beesley

Put your face in a costume from William Beesley's homelands.

Irish: Anglicized form of Gaelic Ó Murchadha ‘descendant of Murchadh’, a personal name composed of the elements muir ‘sea’ + cath ‘battle’, i.e. ‘sea-warrior’. This was an important family in Tyrone.