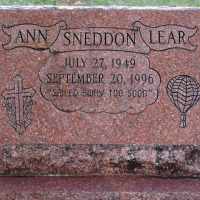 The Life of Anne Dorothy

Put your face in a costume from Anne Dorothy's homelands.

The Korean War was a civil war between North and South Korea. North Korea had support of China and the Soviet Union while South Korea gained support from the United States. The war broke out as a product of the Cold War because of the different ideologies that each side had for what government is. The fighting stopped when an armistice was signed but no peace treaty was ever established. To some the war is still progressing but it is in a stage of frozen conflict.
1962 · The Cuban Missile Crisis

Uncle Tom Sneddon graduated from the University of Utah as a mining engineer. He was a member of the Sigma Chi Fraternity and was the athletic manager for the football team. Upon graduation, he return …