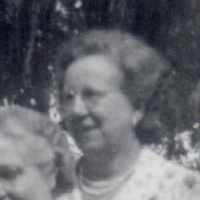 Put your face in a costume from Ida Adella's homelands.

U.S. intervenes in World War I, rejects membership of League of Nations.
(1997: 22685;2007: 49352; 2010: 67704)English, Irish (Dublin and Cork), and Scottish: ethnic or habitational name applied either to a Scandinavian or to someone from Normandy in northern France. The Scandinavian adventurers of the Dark Ages called themselves northmenn ‘men from the North’. Before 1066, Scandinavian settlers in England were already fairly readily absorbed, and Northman and Normann came to be used as bynames and later as personal names, even among the Saxon inhabitants. The term gained a new use from 1066 onward, when England was settled by invaders from Normandy, who were likewise of Scandinavian origin but by now largely integrated with the native population and speaking a Romance language, retaining only their original ancient Germanic name.English: from the Middle English personal name Norman (recorded in the late Old English period as Northman), derived from northman ‘northerner’.