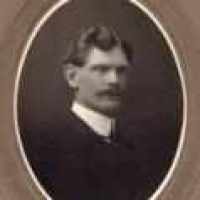 Statue of Liberty is dedicated.
Scottish and English: from an extremely common Middle English personal name, Wat(t), a short form of Walter .