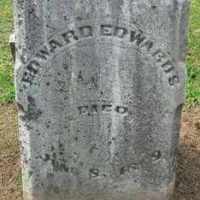 (1997: 105393;2007: 237595; 2010: 332423)English and Welsh: variant of Edward , with genitival or post-medieval excrescent -s. This surname is also very common among African Americans.History: One of the earliest American bearers of this very common English surname was William Edwards, the son of Rev. Richard Edwards, a London clergyman in the age of Elizabeth I, who came to New England c. 1640. His descendant Jonathan (1703–58), of East Windsor, CT, was a prominent Congregational clergyman whose New England theology led to the first Great Awakening, a great religious revival.