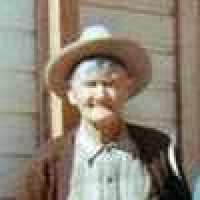 Put your face in a costume from Charles Francis's homelands.

This Act set a price at which gold could be traded for paper money.
English, Scottish, and Irish: generally a nickname referring to the color of the hair or complexion, Middle English br(o)un, from Old English brūn or Old French brun. This word is occasionally found in Old English and Old Norse as a personal name or byname. Brun- was also a Germanic name-forming element. Some instances of Old English Brūn as a personal name may therefore be short forms of compound names such as Brūngar, Brūnwine, etc. As a Scottish and Irish name, it sometimes represents a translation of Gaelic Donn. As an American family name, it has absorbed numerous surnames from other languages with the same meaning.

"It was a pleasant surprise to get your letter. Well, I am an in-law of the Brown family. My late husband was the youngest son of dear old Charles (Charley) Brown. I think I knew him better than e …