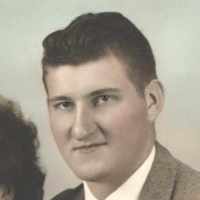 Put your face in a costume from Ivan Roy's homelands.

The Presidential Succession Act is an act establishing the presidential line of succession. This was a precursor for the Twenty-fifth Amendment which outlines what is to happen when a President is killed, dies, or is unable to fulfill the responsibilities of President.
(1997: 12528;2007: 25760; 2010: 34247)English (southwestern): occupational name for a cooper, someone who fitted wooden or metal hoops on wooden casks and barrels, or a barrel-maker, from Middle English hoper, an agent derivative of hop ‘hoop, band’. Compare Cooper .

From son Rick: About 1964 Dad decided it was about time for mom, Gwen, to learn to drive his 4 wheel drive, Dodge, crew cab, stick shift, pickup. Terri, Lynn, Diane and I were in the pickup bed as we …