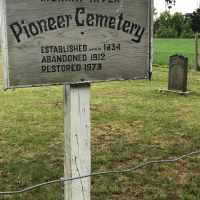 Thousands of British troops were sent to Boston to enforce Britain's tax laws. Taxes were repealed on all imports to the American Colonies except tea. Americans, disguised as Native Americans, dumped chests of tea imported by the East India Company into the Boston Harbor in protest. This escalated tensions between the American Colonies and the British government.
1775 · The Shot Heard Around the World