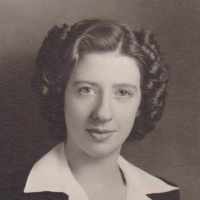 The Life of Beulah Faye

Put your face in a costume from Beulah Faye's homelands.

The Flood Control Act of 1944 was passed and would later be called the Pick-Sloan Missouri Basin Program. It was named after the authors of the program Lewis A. Pick and William Glenn Sloan. It began as two separate plans but they both had the idea for an irrigation system that would help with the flooding of the Missouri River.
1945 · Peace in a Post War World

1 English: regional name from the district around Middlesbrough named Cleveland ‘the land of the cliffs’, from the genitive plural (clifa) of Old English clif ‘bank’, ‘slope’ + land ‘land’. See also Cleaveland .2 Americanized spelling of Norwegian Kleiveland or Kleveland, habitational names from any of five farmsteads in Agder and Vestlandet named with Old Norse kleif ‘rocky ascent’ or klefi ‘closet’ (an allusion to a hollow land formation) + land ‘land’.