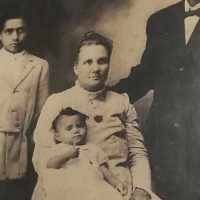 The Life of Ellen

Edward Yun Loy Chang applied for a birth certificate on July 27, 1956. He stated that his father was Chau Chang and his mother was BERNICE CARTER or MRS. BECKY KANE (Ka-ne). The application is several …