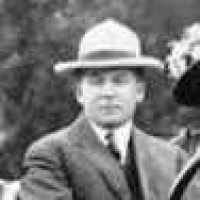 Put your face in a costume from Andrew William's homelands.

This Act tried to prevent the raising of prices by restricting trade. The purpose of the Act was to preserve a competitive marketplace to protect consumers from abuse.
1 Irish: reduced Anglicized form of Gaelic Ó Dubhda ‘descendant of Dubhda’, a byname derived from dubh ‘dark’, ‘black’. The family were chieftains in Sligo and Mayo.2 English: from the personal name Dowd, a variant of David .