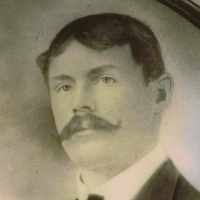 The Life of Giuseppe Albino

When Giuseppe Albino Moser was born on 27 April 1881, in Madrano, Pergine Valsugana, Trento, Trentino-Alto Adige, Italy, his father, Celestino Giuseppe Moser, was 29 and his mother, Domenica Maria Prada, was 23. He married Angela Domenica Prada on 13 November 1909, in Green River, Sweetwater, Wyoming, United States. They were the parents of at least 2 sons and 1 daughter. He lived in Superior, Sweetwater, Wyoming, United States for about 10 years. He died on 22 November 1965, in Sandy, Salt Lake, Utah, United States, at the age of 84, and was buried in Sandy, Salt Lake, Utah, United States.

Put your face in a costume from Giuseppe Albino's homelands.

1 South German: topographic name for someone who lived near a peat bog, Middle High German mos, or a habitational name from a place named with this word.2 North German (Möser): metonymic occupational name for a vegetable grower or seller, from an agent noun based on Middle Low German mōs ‘vegetable’.

Recorded by Aurora Olsen: While reminicing at the September 9, 2018 Moser Family Reunion, I asked about the the Moser household using outhouses; then, a funny quote came forward. They recall my Great …