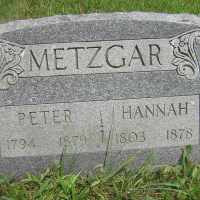 Harrisburg had important parts with migration, the Civil War, and the Industrial Revolution.
1819 · Panic! of 1819