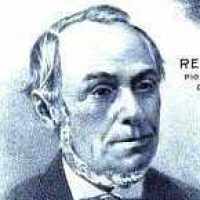 The Life of Charles Hadley

Put your face in a costume from Charles Hadley's homelands.

The Crimes Act was made to provide a clearer punishment of certain crimes against the United States. Part of it includes: Changing the maximum sentence of imprisonment to be increased from seven to ten years and changing the maximum fine from $5,000 to $10,000.
1846

North German: habitational name from places named Sinning or Sinningen in northern Germany. There is also a place called Sinning in Bavaria, but this does not seem to have contributed to the surname to any significant extent.

Charles Hadley Spinning was born on January 23, 1821 in Franklin County, Indiana. He graduated from the Eclectric Medical College in Cincinnati, with a degree of Doctor of Medicine. On March 25,1852, …