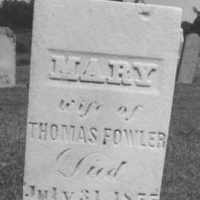 Put your face in a costume from Mary Ann "Polly"'s homelands.

"Sometimes referred to as the ""forgotten victory"", the Battle of Springfield was one of the last major battles fought in the north during the Revolutionary War. The British defeat effectively ended their ambitions to reclaim New Jersey. Washington praised the New Jersey Militia for their universal effort and great spirit"