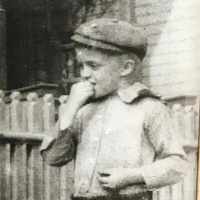 The Life Summary of Clifford Quincy

Put your face in a costume from Clifford Quincy's homelands.

English: from Middle English, Old French quaille ‘quail’, a bird noted for both its supposed amorous disposition and its timidity.Manx: shortened form of Gaelic Mac Fhail ‘son of Paul’. Compare Fayle and McPhail .