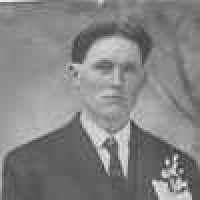 The Life of Gottleib

Put your face in a costume from Gottleib's homelands.

Three years after coal deposits were found in the town of Roslyn, it became a booming coal mining town. As word of this got out immigrant workers from Italy, Poland, Slovakia, Germany, Lithuania, Slovenia, Serbia, Croatia, England, Ireland, Scotland, and Wales moved here to work in the mines  that had opened. Many of the people in this town today are descendants of those immigrants.
1904