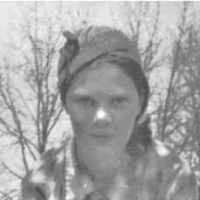 Scottish and northern Irish: habitational name from a lost place in East Sussex, Alchhorn, in the parish of Buxted, which was last recorded in 1592. Compare Allcorn .History: This name was taken from Sussex to Scotland and established there in or before the mid 15th century. From Scotland it was taken to Ireland (Donegal) and thence to North America. It was brought to Philadelphia, PA, from northern Ireland in 1721.

Grandma always had beautiful white hair swept up in a French bun. I don’t think I ever saw her any other way, never down or not fixed up in the lovely twist. Her skin was so clear, high cheekbones, …