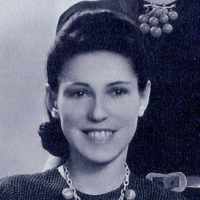 The Life of Jane Vincenta

Put your face in a costume from Jane Vincenta's homelands.

U.S. intervenes in World War I, rejects membership of League of Nations.
1917 · The Utah Packing Company becomes largest in the west

"Organized by a group of men in 1901, the Ogden Packing Company expanded consistently until it encompassed 6 acres for its main facility. It became the largest meat packing plant west of the Missouri River and had a daily capacity of over 3,000 animals. Their slogan in Utah was ""Raise a Pig"" so that local farmers and their sons would help in the business. After World War I most plants were forced to cut back on production because demand was dropping. It did bounce back and is still an important component in Utah's economy."
1941