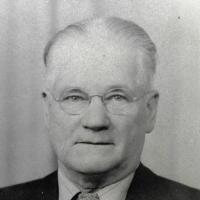 The Life of Stephen Henry

When Stephen Henry Styles was born on 23 October 1873, in Wadhurst, Sussex, England, United Kingdom, his father, Stephen Styles, was 39 and his mother, Ann Manktelow, was 37. He married Minnie Elisabeth Moore on 20 October 1897, in Saint Catharines, Grantham, Lincoln, Ontario, Canada. They were the parents of at least 1 son and 5 daughters. He died on 3 December 1951, in Niagara Falls, Welland, Ontario, Canada, at the age of 78, and was buried in Niagara Falls, Welland, Ontario, Canada.