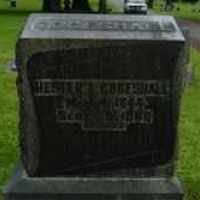 Put your face in a costume from Francis Sylvester's homelands.

Illinois contributed 250,000 soldiers to the Union Army, ranking it fourth in terms of the total men fighting for a single state. Troops mainly fought in the Western side of the Appalachian Mountains, but a few regiments played important roles in the East side. Several thousand Illinoisians died during the war. No major battles were fought in the state, although several towns became sites for important supply depots and navy yards. Not everyone in the state supported the war and there were calls for secession in Southern Illinois several residents. However, the movement for secession soon died after the proposal was blocked.
English: habitational name from Coggeshall in Essex, named from an Old English personal name Cogg + halh ‘nook’.