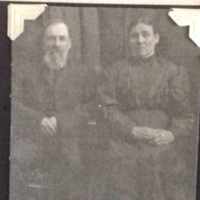 Due to the state’s financial crisis during the previous decade and growing criticism toward state government. Voters approve the Constitution of 1851 which forbade the state government from going into debt.
1862

In 1862, the US government gave away Nebraska land to any settler who could farm it for 5 years. Thousands of people took that opportunity.

English: perhaps a variant of Wymer .