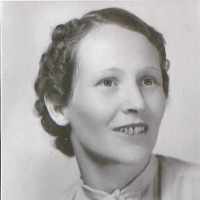 The Life Summary of Beulah Rebecca

Put your face in a costume from Beulah Rebecca's homelands.

(1997: 5491;2007: 12179; 2010: 16464)English and Irish (of Norman and French origin): nickname from Old French par Dieu ‘by God’, which was adopted in Middle English in a variety of more or less heavily altered forms (compare e.g. Pardoe and Purdy ). The surname represents a nickname from a favorite oath. The surname in Ireland belonged to a French Protestant family who settled in County Cork.