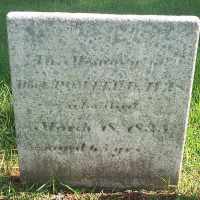 The Life of Powell

Put your face in a costume from Powell's homelands.

The capture of Fort Griswold was the final act of treason that Benedict Arnold committed. This would be a British victory. On the American side 85 were killed, 35 wounded and paroled, 28 taken prisoner, 13 escaped, and 1 twelve year old was captured and released.
1788 · Connecticut Becomes the 5th State

From Henry Eugene Davies book, Davies Memoir pub in 1895 we read: Powell, the second son of William Davies (5), was born in Connecticut some time in the year 1770,taken to Canada when a child by his f …