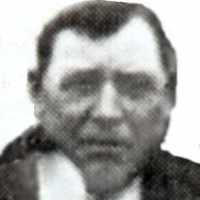 The Life of Gottlieb

When Gottlieb Scharf was born on 15 September 1855, in Wittenberg, Bessarabia, Russian Empire, his father, Johann Georg Scharf, was 35 and his mother, Anna Maria Schlenker, was 35. He married Barbara Rath on 15 December 1878, in Wittenberg, Bessarabia, Russian Empire. They were the parents of at least 3 sons and 4 daughters. He lived in McIntosh, North Dakota, United States in 1910. He died on 3 March 1915, at the age of 59, and was buried in Wishek, McIntosh, North Dakota, United States.

Put your face in a costume from Gottlieb's homelands.