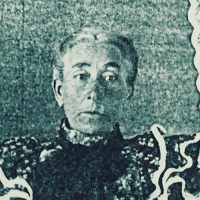 Put your face in a costume from Caroline Josephine's homelands.

The first federal law that defined what was citizenship and affirm that all citizens are equally protected by the law. Its main objective was to protect the civil rights of persons of African descent.
1 English: from a feminine form of Gillett 1.2 French: variant spelling of Gillet .