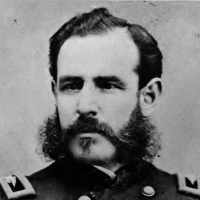 The Life of Jose Ramon

Put your face in a costume from Jose Ramon's homelands.

Being a monumental event in the Texas Revolution, The Battle of the Alamo was a thirteen-day battle at the Alamo Mission near San Antonio. In the early morning of the final battle, the Mexican Army advanced on the Alamo. Quickly being overrun, the Texian Soldiers quickly withdrew inside the building. The battle has often been overshadowed by events from the Mexican–American War, But the Alamo gradually became known as a national battle site and later named an official Texas State Shrine.
1848 · The California Gold Rush

On January 24, 1848, gold was found at Sutter’s Mill in Coloma, California, which began the California gold rush. In December of that same year, U.S. President James Polk announced the news to Congress. The news of gold lured thousands of “forty-niners” seeking fortune to California during 1849. Approximately 300,000 people relocated to California from all over the world during the gold rush years. It is estimated that the mined gold was worth tens of billions in today’s U.S. dollars.
1857 · 7.9 Earthquake In Fort Tejon

1 Spanish, Portuguese, Galician: from pico ‘beak’ or ‘(mountain) peak’; perhaps a nickname for someone who had a prominent pointed nose, a topographic name for someone who lived by a peak, or a habitational name from a place named with this word (Pico in Galicia, El Pico in Asturies).2 Catalan (Picó): probably a nickname from Catalan picó ‘having a thick upper lip’.3 Italian: from pico ‘woodpecker’ or southern dialect picu ‘(pick)axe’.