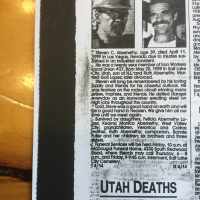 The Life of Steven Clarence

Put your face in a costume from Steven Clarence's homelands.

After the death of David O. McKay,  Joseph Fielding Smith became the 10th Prophet of this dispensation.