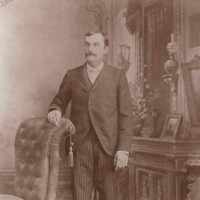 The Life of William H.

In 1860, the Pony Express used men riding on horseback to carry mail between St. Joseph, Missouri, and Sacramento, California.
1861 · Denver Becomes a City

In 1861, Denver City was incorporated into the territory as an official city.
1872 · The First National Park

1 German: unexplained.2 English: probably a variant spelling of (H)arliss, a nickname from Middle English earles ‘earless’, probably denoting someone who was deaf rather than one literally without ears.

Nancy S Phillips died at her home 7 miles west of Shelbina April 24th 1902 of pneumonia. She had been in ill health for some time and the last sickness was of short duration. She was the daughter of …