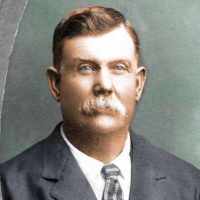 Put your face in a costume from Hiram Hawes's homelands.

In the Mid 1870s, The United States sought out the Kingdom of Hawaii to make a free trade agreement. The Treaty gave the Hawaiians access to the United States agricultural markets and it gave the United States a part of land which later became Pearl Harbor.
1 English and Scottish: occupational name for a maker of objects of wood, metal, or bone by turning on a lathe, from Anglo-Norman French torner (Old French tornier, Latin tornarius, a derivative of tornus ‘lathe’). The surname may also derive from any of various other senses of Middle English turn, for example a turnspit, a translator or interpreter, or a tumbler.2 English: nickname for a fast runner, from Middle English turnen ‘to turn’ + ‘hare’.3 English: occupational name for an official in charge of a tournament, Old French tornei (in origin akin to 1).