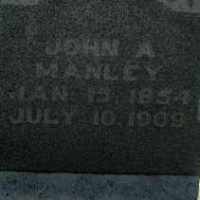 The Life Summary of John Albert

(1997: 8811;2007: 18539; 2010: 25136)English: habitational name from any of the places in Devon and Cheshire, named in Old English as ‘common wood or clearing’, from (ge)mǣne ‘common, shared’ + lēah ‘woodland clearing’. The surname is still chiefly found in the regions around these villages.English: nickname from Middle Englishmannly ‘manly, virile, brave’ (Old Englishmannlīc, originally ‘man-like’).