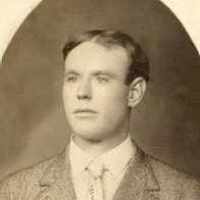 The Life of Herbert Cleveland

Put your face in a costume from Herbert Cleveland's homelands.

An organization formed in favor of women's suffrages. By combining the National Woman Suffrage Association and the American Woman Suffrage Association, the NAWSA eventually increased in membership up to two million people. It is still one of the largest voluntary organizations in the nation today and held a major role in passing the Nineteenth Amendment.
1900 · Gold for Cash!

1 English: variant of Telfer .2 Americanized form of the Italian family name Taliaferro (cognate with 1), from tagliare ‘to cut’ + ferro ‘iron’, probably applied as a nickname for a metal worker or a fierce fighter (see genealogical note).