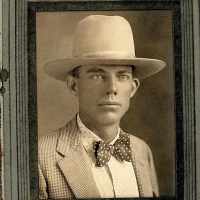 The Life Summary of James Lew

Put your face in a costume from James Lew's homelands.

Maggie Lena Walker was the first African American and woman to open a bank. She opened the St. Luke Penny Savings Bank on August 20, 1901. She encouraged the young people to start saving their pennies in her bank and when they hit a hundred pennies they could start a bank account with the bank.

English: topographic name from Middle English mos ‘moss, bog’ (Old English mos), for someone who lived at a boggy place, or a habitational name from one or other of the many places so called, such as Moss (Yorkshire), Mose in Quatford (Shropshire), and Moze (Essex).English: variant of Moyse .Irish (Ulster): adoption of the English name 1 by translation for Ó Maolmóna or Ó Maolmhóna ‘descendant of Maolmóna’, a personal name based on maol ‘servant, tonsured one, i.e. devotee’ + a second element assumed to be móin (genitive móna) ‘moorland, peat bog’, in local English ‘moss’.