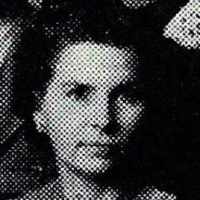 The Life Summary of Agnes Nadine

When Agnes Nadine Hinckle was born on 2 May 1906, in Houston, Texas, Missouri, United States, her father, Walter George Hinkle, was 29 and her mother, Sarah Jane Elizabeth Freeland, was 28. She married Ray John Simmons on 1 June 1923, in Picher, Ottawa, Oklahoma, United States. They were the parents of at least 2 sons and 2 daughters. She died on 8 March 1978, in St. Helens, Columbia, Oregon, United States, at the age of 71.

Put your face in a costume from Agnes Nadine's homelands.