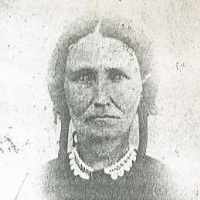 The Life of Jane Carothers

Put your face in a costume from Jane Carothers's homelands.

"My Paternal Ancestry" by John A. Clark